Home to the NFL’s Arizona Cardinals, the annual Fiesta Bowl, and numerous other sports and entertainment events and activities, State Farm Stadium has garnered notable recognition in its brief history including being named 'Event Site of the Year' by Event Solutions Magazine in 2007, Best NFL Facility by Sports Business Journal and Sports Business Daily in 2006 and 2007, NFL's best playing surface in 2008 and Best New Venue of the 2000s by SportsIllustrated.com. 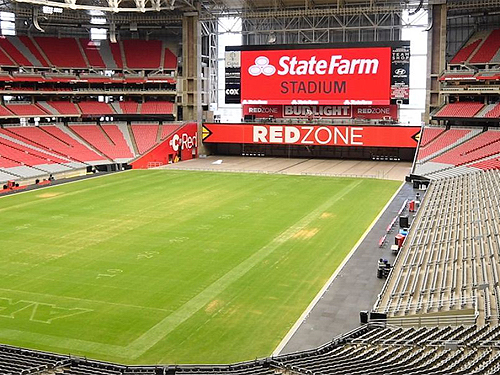